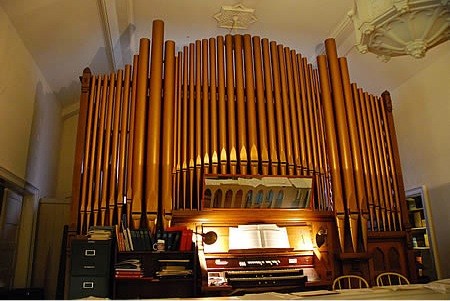 St. Matthew’s Lutheran Church and the German Consulate General of San Francisco invite you to the

Bp. Heinrich Bedford-Strohm, Chair of the Council of Evangelical Churches in Germany (EKD)

Bp. Heinrich Bedford-Strohm is a German Lutheran theologian (systematic theology); his special focus is social ethics. In 2011 he was elected bishop of the Evangelisch-Lutherische Kirche in Bayern (Evangelical Lutheran Church of Bavaria); in November 2014, he became the  Ratsvorsitzende der Evangelischen Kirche in Deutschland (Council President of the Evangelical Church in Germany); as such, he effectively is the head of the Protestant Churches in Germany. In his long and distinguished career, he has taught at Union Theological Seminary in New York City, Giessen University, Bamberg University (both in Germany) and Stellenbosch University (South Africa). He also served as pastor at St. Moriz Church in Coburg, Germany (1997-1999; 2001-2004). Bp. Bedford-Strohm is currently very vocal and active as an advocate for the refugees entering Germany.

Deputy Consul General Johannes Bloos has held his position at the German Consulate General San Francisco since 2014. He provides support for German interests in economic, commercial, financial, agricultural, technological, scientific and environmental affairs in the Pacific Northwest of the United States and serves as an information broker for Germany’s economy and trade. He co-operates with, for example, the German American Chambers of Commerce, the German American Business Association and the Representative of German Industry and Trade. Deputy Consul Bloos initiated the conversation about obtaining grant monies from the German government for St. Matthew’s organ restoration. He has been instrumental in securing a generous contribution from the Auswärtiges Amt (Office for Foreign Affairs) in Berlin.

A 2006 graduate of Seton Hill University and an Associate of the American Guild of Organists, Luke Mayernik won first prize at the American Guild of Organists’ National Competition in Organ Improvisation in 2004, and the International Organ Improvisation Competition hosted by the Royal Canadian College of Organists in 2008. He is currently the organist and music director at Hillcrest Congregational Church in Pleasant Hill, CA. Luke’s oratorio In Memoriam: A Requiem for Mister Rogers was nominated for a Pulitzer Prize in 2004. He has continued to write music noted for its engaging harmony inventive form and cross-genre appeal.

Jack Bethards is the President and Tonal Director of the Schoenstein Organ Company. His company has been involved with this historic1923 Hinner’s pipe organ since its installation and has been responsible for its current restoration. 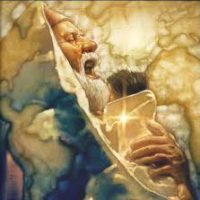