Jesus is angry. And not just indignant or annoyed, as he seemed to be in last Sunday’s gospel lesson when he rebuked Peter and called him Satan, no, he is raving mad. In today’s gospel story, we experience how Jesus, right at the beginning of his ministry, goes to Jerusalem and causes quite an uproar. He disturbs the peace, he disturbs the order. He enters the temple portico, makes himself a whip, turns over tables of moneychangers and merchants, and drives out livestock and people violently.

But Jesus is not only fully God, but also fully human, and consequently he displays all kinds of emotions that range from empathy to grief to anguish – and, yes, anger. And anger tends to make us uneasy. When someone’s angry, we are on high alert – as we should be. So what do we do with this angry Jesus, the Jesus who makes us feel uneasy and uncomfortable?

Let’s talk a moment about anger. We all know it, we all have felt it, we all have been the recipient of it. We are human, after all, with all the emotions that come along with that.

We probably all have experienced anger that seemed to come out of nowhere – someone lashes out at us, and we have no idea, why. That could be a stranger in the street, or someone who is close to us, even a family member. There seems to be so much anger bottled up in a person that has nothing to do with us, but then there is some trigger, and they go off on us, verbally or even physically. Or people don’t dare direct their anger against the one who caused it and who may have more power than they do, but seek an easier target – and that could be a child, a spouse, a schoolmate. We better watch out when we are around such people, because we never to when their fuse blows. Or best, we avoid such people if we can.

There is the kind of anger that wells up within us when we are frustrated with someone or with a situation. The kind of anger we feel when we don’t get what we want, or things don’t go the way we want them to. This kind of anger should alarm us as well – why are we ticked off? Is whatever we’re angry about really so important that we waste our time and energy on it?

But there’s also a different kind of anger. When I was a child and my parents would get angry with me, I knew I had done something wrong, or I had done something stupid, or I had gotten myself into a dangerous situation, or sometimes all of the above – and I better listened to them, I better paid attention, because their anger was rooted in love and concern for me and my wellbeing. And as a parent, more than once I displayed this kind of anger toward my children. We better listen when people who love us get angry with us, because there usually is a deep concern behind it.

And then there is the kind of anger we feel when we know something is not right, not just, when something horrible is done to any of God’s creatures. I don’t know about you, but I am feeling this kind of anger pretty much every day when I learn about things that happen in this country and in this world. There is a lot that needs reforming in this country alone – from gun laws to immigration laws to healthcare and, and, and – but there is a lot of inaction or avoidance or vagueness around many of these issues from people in power, and that, that makes me angry. There are ways of making things more just, more humane, there would be ways to reduce suffering, there would be ways to make it easier on those who are hard hit in our society anyway – and for whatever reasons things stay the same. Because we’ve always done it that way. Because it would be inconvenient. Because it would upset big donors or the interests of those make a profit.

And I know I am not alone with this kind of anger. When 17 people were killed at the last mass shooting at a school, many became angry: students who were injured or who saw their friends die. Parents who lost a child or who don’t want this to happen to their children. Teachers, whose work is to inspire and mentor young people, not to protect them with gun force from random violence. But then people all over the country who ask themselves: how many more mass shootings with rifles designed to kill many have to happen before something is done to make this country safer from those who intend to harm people – and for whom it is easier to buy a gun than to buy Sudafed? And so we have another hashtag, #neveragain, expressing this anger about inactivity.

But of course it’s not enough to say ‘never again’ – actions need to follow. And so we’ve seen an amazing activism of the students of Parkland High School and the young generation – the generation we call ‘Z’ – all over the country.

Last fall, we had #metoo, expressing the anger of mainly women about sexual harassment and violence. We have demonstrations against ICE raids and the slashing of funds for the elderly and the disabled. We have ‘Black Lives Matter’. There is a lot of anger, and as a society, we better listen, because these are valid concerns and urgent matters that have an impact on communities and society – they have an impact on all of us. We need reforms, we need change. We need activism, we need to become vocal and active about the injustices around us. Enough is enough.

By the way, most prophets of the Old Testament express a similar kind of anger: anger about the abuse of power, anger about the exploitation of the poor and vulnerable, anger about injustice – because these abuses violate God’s will and God’s laws for society. Have you ever read Amos? Here you find the most scathing attack on greed and economic inequality. God takes sides, and it is the side of the poor, the disadvantaged, the exploited.

God gets angry. Jesus gets angry. It is a justified anger, because things are awry. Jesus doesn’t want the temple, his Father’s house, to be a marketplace, a place of commerce, a place where it’s all about money and profit, but not about God. Jesus quite literally turns things upside down, he wants to bring God back to the heart and center of worship and life. Enough! At the same time, Jesus’ anger is rooted in a deep love and concern for humanity. Children, can’t you see how you have gone astray, and how much it hurts you?

But no matter how justified this anger is, no matter, how much this anger is rooted in love and concern for humanity, it makes us uneasy and maybe even uncomfortable. And it should. For this anger tells us that there are many things and ideas and ideologies that are at the heart and at the center of our life, things we have made into objects of our worship, and that God often is used or abused as we justify our worship of other things. This anger tells us that we need a turn-around, we need reform, we need repentance. And, as we all know, change is not easy. The more uncomfortable we are, the likelier we are to change – or be changed.

So, to come back to a question I asked earlier: what do we do with this angry Jesus we are encountering in today’s gospel? I suggest we listen and pay attention to him. I suggest we allow him to make us uneasy and uncomfortable. I suggest we think about what truly is at the heart of our lives – and what needs change, what needs reform.

At the same time, I suggest that we remember that Jesus’ anger stems from a love for us and a love for all creation. I suggest that we don’t forget that, yes, there is the meek and mild and gracious and forgiving side to Jesus as well, and that Christ is tenderhearted to all who are weak and need help. I suggest we let ourselves be embraced by the love of Christ – a love that accepts us as it challenges us at the same time.

That’s what Lent is all about: to take a close look at ourselves, to take a close look at our life at community and society, to repent, and to seek new and improved ways under God’s guidance, as we remember that God so loved the world, you and me and all creation, that God gave the son. Love is at the heart and center of God reaching out to us. There may be reason to be uncomfortable at times – but there is no reason to fear. 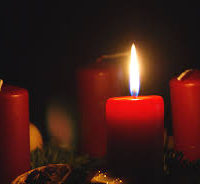