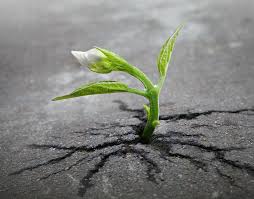 Today is June 17th. For many Germans, who are a bit older – which includes people like me and most of you – this day holds a special significance. From 1954 until 1990, June 17th was the Western German National holiday, called the ‘Day of German Unity’, ‘Tag der deutschen Einheit’.

Now everyone who knows history is aware that Germany was not a united country in those years. As a consequence of World War II, Germany did not only lose a significant portion of its territory, but was also divided between the ‘Westzone’, the Western Zone controlled by the allied forces of the U.S., Great Britain and France, and the ‘Ostzone’, the Eastern Zone, which was controlled by the Soviet Union. Later, these zones became the Western Federal Republic of Germany and the Eastern German Democratic Republic.

Starting on June 12th, 1953, thousands of workers in East Germany went on strike and took to the streets to protest the socialist system and its increased demands on the working class, and to protest a government that had lost touch with the needs of the little man and woman. On June 17th, the government, with the help of the Soviets, intervened and used military force to end the protests. 34 people were killed by the ‘Volkspolizei’, the ‘Peoples’ Police’, or Soviet military. 4 leaders of the uprisings were later sentenced to death for espionage and treason, and executed.

It was Hebert Wehner of the Social Democratic Party who pushed for West Germany to adopt June 17th as a national holiday; in solidarity with oppressed brothers and sisters on the other side and to signify that people can be separated by borders and regimes, but not in spirit. For 35 years, this national holiday expressed the stubborn hope and longing of a people to be reunited.

I was born into the reality of the existence of two Germanies. I couldn’t imagine it any other way. And even just a few weeks before the wall finally came down, on November 9th, 1989, I doubted that Germany would and could ever be reunited. And when it happened, I was stunned. It surprised me. It seemed as if it happened out of the blue. But then, of course, it didn’t.

The Socialist systems of the Eastern Bloc were bankrupt, their political systems dilapidated, with governments desperately hanging on to the last shreds of power. Through Michail Gorbachev, ‘Glasnost’ and ‘Perestroika’, government transparency and the reimagining and rebuilding of the political and economic system, became the slogans of a new era.

In the weeks leading up to the opening of the Berlin Wall, ever growing crowds had gathered in Leipzig and other East German cities for the so-called ‘Montagsdemonstrationen’, the ‘Monday Demonstrations’, peacefully demanding the opening of the borders, demanding freedom. And, by the way, in Leipzig these demonstrations started out as prayers for peace in the Protestant St. Nicholas Church. The church was the shelter for those longing for and demanding change. And in the fall of 1989, there was no point in trying to stop these demonstrations anymore. The socialist system was exhausted.

The Eastern German Socialist regime with the help of the Soviets might have squelched the workers’ uprising of 1953. But seeds of protest and dissent were sown back then – and the seed began to grow, mostly underground, not entirely unnoticed, but unstoppable, until its many roots and shoots had permeated the already crumbling walls of control, injustice and oppression, bringing it down in the end.

The kingdom of God is God dwelling within us and with us and among us, transcending the world we live in and transforming it into a realm of peace and justice and life for all. Down-to-earth, right where we are.

But at the same time, we are still praying, ‘Thy kingdom come’. We live in the reality of ‘already here’ and ‘not yet’.  In a sense, our Christian existence can be compared to those years between 1953 and 1990, when Western Germany observed the ‘Day of German Unity’ on June 17th with defiant hope. We may not have been there yet – but then, again, we were, for the German people and the German spirit could not be separated by walls and barbed wire.

Now I have to say that, right now, I often feel discouraged. We live in a nation that calls itself Christian, but where self-preservation and individualism and a ‘pull-yourself-up-by-the-bootstraps’ attitude prevail; where about 21% of all children live in households with incomes below the federal poverty threshold – in numbers, that’s 15 million children; where children are separated from their parents who are trying to cross the border and put into holding facilities that are like prisons – and treated like criminals; where we have come to expect it as normal that an average of 318 people in the U.S. are shot in murders, assaults, suicides and suicide attempts, unintentional shooting, and police intervention every day – among them 46 children and teens. 96 of them die. That may not sound that much, but that’s over 116,000 shootings a year, resulting in over 35,000 deaths.

Try as you may, but you will not find any quote by Jesus alluding that the kingdom of God is like a realm where we are so paranoid that we think we need to protect our own interests in the name of security by the most inhuman means and with as many guns as possible and neglecting the needs of the most vulnerable. If this is what happens in a Christian nation, what hope is there for the world? Thy kingdom come, o God!

But then Jesus’ parables emphasize that God’s kingdom is not just going to come like that, out of the blue. That it already has been planted and is growing among us. That its roots already are penetrating the dilapidated and morally corrupt walls of ignorance and indifference and fear we have built around us. There has been theological debate among Lutherans if Christ has tasked us to help build the kingdom of God here on earth. The tendency is to say ‘no’, lest we think we actively participate in God’s works of salvation or, gasp, we fall into work righteousness. But the way I see it is that at least we should not stand in the way of God’s kingdom growing among us, that we shouldn’t try to hinder its growth, but that we should allow it to grow in our hearts and flow over into the world through our words and actions.

And so we see the kingdom of God among us already: where charity and love prevail. Where people work for peace. Where people protest unjust systems and practices – remember? We are part of the big Protestant Christian family. Where people give of themselves for the sake of their neighbor. Where neighbors and enemies are loved. Where we see the image of God in every human being God so lovingly created. Where we experience how the weak, the persecuted, those fleeing from violence and war find shelter and respite.

As Christians, we have this defiant hope that God’s kingdom, indeed, some day will become a reality for all creation, fully grown, giving shelter – a home – to all; including the ones Jesus calls ‘the least of these’. May our prayer be that we never lose this hope – and live into it with all our heart and all our strength and all our might – so help us God. Amen