On this day, March 21st, in the year 1685 –Johann Sebastian Bach was born in Eisenach. He was the 8th and youngest child of Johann Ambrosius and Elisabeth Bach. Two days later, he was baptized, and consequently raised as a Lutheran.

Johann Sebastian wasn’t the first musician in his family. This tradition went back to his great-great-grandfather, Vitus Bach, who lived in the 16th century. Though he worked as a baker, Vitus also had great musical talent – he played some sort of stringed instrument with considerable skill. And he passed on his knack for music to generations to come. Vitus’ son Johannes (Johann Sebastian’s great grandfather) still worked as a baker – but also as a minstrel ‘on the side’.

After Johannes, basically all the male members of the Bach Family worked as professional musicians of some sort, including Johann Sebastian’s father, who was a professional flute and trumpet player and de facto the music director for the City of Eisenach – and he laid the groundwork for his son’s musical education.

What many who appreciate Johann Sebastian Bach and his music today may not know is that his life was marked by many tragedies and professional setbacks.

In 1694, when Johann Sebastian was 9, his mother died. The father remarried quickly – it was more a matter of practicality than romance – but then, he also passed away – just before Johann Sebastian’s 10th birthday. Due to a lack of income, his stepmother wasn’t able to keep the family together.

Johann Sebastian consequently lived with his oldest brother, Johann Christoph, who himself was an organist and music teacher. Johann Christoph introduced his younger brother to the works of the hottest composers of the day and continued his musical education.

Besides that, young Johann Sebastian educated himself. Even though he wasn’t supposed to, he accessed a cabinet where his brother kept precious sheet music and copied much of the music he found. This probably inspired him to try his hand at writing his own music. He lived with his brother for 5 years, until he was 14. During those years alone, he composed at least 25 pieces. Talk about a wunderkind!

When Johann Sebastian lost a stipend to attend the local school for higher education, he and a friend decided to go to Lüneburg, which is near Hamburg, and attend a well-respected school there. He was only 14 at that time. Just imagine: two 14 year old lads traveling on foot the roughly 270 miles. While in Lüneburg, Johann Sebastian also continued to work on his musical skills – in lieu of paying tuition, he committed to singing in the local church’s boys’ choir. He also probably assisted the local renowned organist and composer, Georg Böhm, and learned a thing or two from him.

Once Bach finished school at age 17, he held several positions as a musician in towns and cities all over Germany. He didn’t last too long anywhere – apparently he was not the easiest to work with. Sometimes Bach wasn’t happy with his salary – and probably rightly so. Some princely employer demanded that Bach ‘tone it down’, because his music was ‘too Italian and too flashy’. When Bach refused, he was fired. Bach even spent a few weeks in jail at some point, because he took a new position without telling his current princely employer about it. Bach’s boss didn’t take too kindly to that…

Bach did not have the best reputation, to put it mildly. He was considered stubborn and a hothead. It was acknowledged by his contemporaries that he was an extraordinary organist, one of the best – but as he applied for several plum organist jobs, he was repeatedly rejected.

During that quite unstable period – in fact, 17 years of constantly changing positions – Bach married his first wife, Maria Barbara, and had seven children with her. Sadly, she died after 13 years of marriage. Bach was devastated by her loss. However, he needed someone to help him take care of his family. About a year after Maria Barbara’s death, in 1721 he married 20 year old Anna Magdalena, a musician in her own right: she was a professional singer. Bach was 36 at that time. With Anna Magdalena, Bach had another 13 children, most of whom died in infancy.

Two years after the wedding, the cantor position (today we would say ‘music director’) in Leipzig became available. Bach applied, but his not so great reputation preceded him. The city council of Leipzig was wary about hiring Bach. In fact, the position was first offered to two other candidates, who declined for different reasons. So Bach, the third choice, became the cantor of St. Thomas and St. Nicholas Churches.

And it seems that Bach finally had found his professional match – probably much to the relief of Anna Magdalena, who had to worry about their ever-growing family. Bach held this position from 1723 until his death in 1750. As the cantor, Bach played the organ, led the famous Thomaner Boys’ Choir, taught music at the church school, and composed countless sacred pieces – during his first few years in Leipzig, Bach churned out at least one sacred cantata A WEEK.

Bach composed at least 1,100 pieces during his lifetime. It is not an understatement to say that he was a genius. Although his contemporaries didn’t regard him as such. They thought he was an okay composer – by today’s standards, they most likely would have classified him as a composer of pop music,  you know, here today, gone tomorrow – but the true stars of the day were Handel, Telemann and Vivaldi.

When Bach died in 1750, he was buried without much fanfare in an unmarked grave in the churchyard of St. John’s church in Leipzig, as was the custom for commoners in those days.

After his death, Bach was mostly forgotten. His legacy mainly lived on in his children who followed in his musical footsteps: 6 of the 7 sons who survived until adulthood became proficient musicians and composers themselves. Those sons also kept copies of Bach’s compositions, which consequently, and thankfully, were preserved.

Bach’s rediscovery and consequent ascent to the status as the one of the most gifted and influential musicians of all time didn’t happen until the 19th century, almost 80 years after Bach’s death. It was mostly thanks to Felix Mendelssohn-Bartholdy that Bach’s compositions were revived – and enthusiastically embraced by musicians and audiences alike. Romantic composers like Mendelssohn-Bartholdy himself, Liszt, Chopin, Schubert and Robert and Clara Schumann were influenced by Bach’s compositions.

‘Bachmania’ had begun. Disciples of Bach tried to find his gravesite. It wasn’t until 1895 that human remains alleged to be his were found, exhumed and put in a stone sarcophagus in a tomb underneath the altar of St. John’s.

And, just as an interesting footnote: it is thanks to the Soviets that the alleged remains of Bach were finally interred in St. Thomas’ Church, Bach’s primary workplace. When St. John’s was destroyed during WW II, Bach’s sarcophagus was saved and brought to St. Thomas, supposedly temporarily. Squabbles ensued what was supposed to happen to it. The Soviets, who controlled Eastern Germany during that time, had utmost admiration for Bach’s music and decided that Bach should be buried in the ultimate place of honor: in front of the altar in St. Thomas’ Church. This was done with much fanfare in 1950, the bicentennial of Bach’s death.

‘Very truly, I tell you, unless a grain of wheat falls into the earth and dies, it remains just a single grain; but if it dies, it bears much fruit.’  These are words from today’s gospel, in which Jesus talks about his death and resurrection – and at the same time describes the essence of Christian life. First of all, these words are very hopeful: death is not the end. What we might experience as an ultimate ending bears the seed of something new in it. I wonder if this promise of new life helped Bach overcome all the tragedies, the dead ends, the professional setbacks in his life.

But then Bach’s life – and death – show how an ending can be the source for a new beginning, and something bigger and better.

Who knows what would have happened if Bach hadn’t had to deal with all the tragedies and setbacks in his life? Would he have taught himself to compose if his father had survived and continued his musical education, training him to simply become a fine musician, like basically everyone in this family? Would he have striven to become a better and better musician and composer without the tensions he experienced with his various employers? Would he have been able to express this amazing range and depth of emotion in his music if he hadn’t repeatedly experienced loss and grief? Would Bach and his music be celebrated as they are today if he hadn’t been forgotten for a while and then rediscovered?

I don’t claim to know the answer. But in general, challenges make us stronger and better. Often, the dead ends we encounter in life lead us to something new and better. When everything just goes swimmingly all the time, we have no incentive to grow.

And growth is essential for our lives in and with God. Whenever Jesus talks about the kingdom of heaven, he doesn’t say that, at some point, boom, it’s just going to be among us, no: the kingdom of heaven grows like a seed, it slowly transforms us like the yeast leavens the dough. 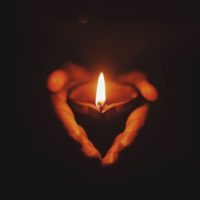 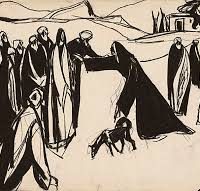 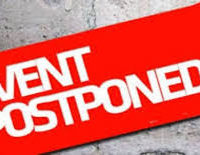