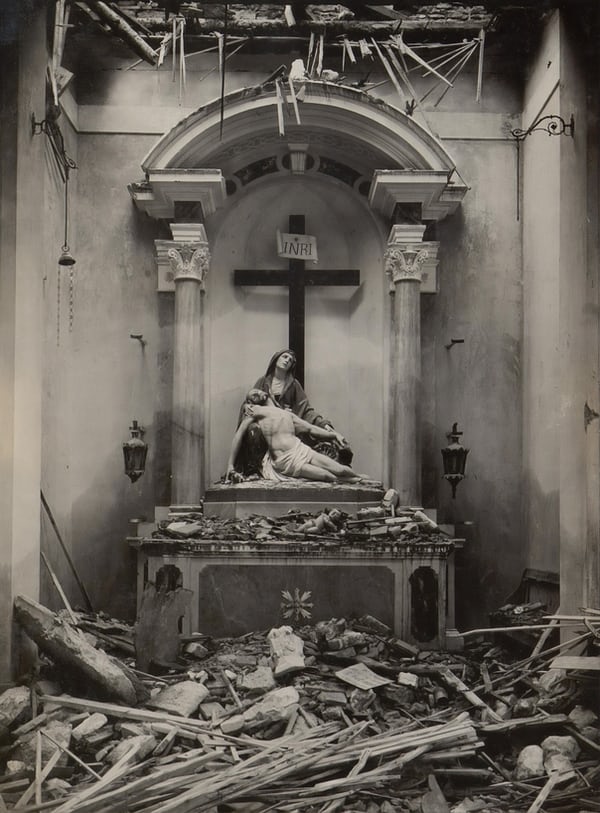 “Not one stone will be left here upon another; all will be thrown down.”

What images come to your mind when you hear these words?

I wonder how the disciples felt when they heard Jesus say these words, ‘Not one stone will be left upon another; all will be thrown down.’ They are looking in awe at the magnificent temple, which Herod the Great had expanded just recently and made into one of the finest houses of worship in the Middle East. No expenses had been spared, the temple was built with white marble and gold, with rare woods and exotic materials from all over the known world. The temple was thought to be an indestructible building, something built for the ages – a permanent place where God would dwell and be worshiped forevermore.

I can imagine that the disciples were shocked, maybe incredulous when Jesus said that this magnificent temple wouldn’t last. How can this be?

But then of course they knew that the first temple that was erected in all its splendor in the very same place by King Solomon roughly a thousand years before didn’t last forever; it was destroyed by the Babylonians who conquered the kingdom of Judah in the year 587 BCE and led the people into exile. This was a devastating and traumatic event in the history of the people of Israel – their identity was lost. People even wondered if God, who, after all, dwelled in the holiest of holies in the temple, was still with them.

There was this longing to go back home, to go back to Zion, to rebuild the temple and to be God’s united people once more. So when the Babylonian Empire was overthrown by the Persians roughly 80 years after the destruction of Jerusalem, and the Persian ruler allowed the Jewish people to return, the temple was rebuilt immediately – albeit very hastily and without the splendor of its predecessor. In fact, people were making fun of this rather pitiful building – and hence Herod the Great saw the need 500 years later to expand it and even exceed size and splendor of Solomon’s original temple.

I can imagine that the disciples feel uneasy as Jesus predicts that this temple will fall, just like the first one. (And, just as a footnote, the temple indeed will be destroyed in the year 70 AD, this time by the Romans who squelch a Jewish revolt and, once more, disperse the Jewish people all over the known world.) Oh no, not again, Jesus! What will become of the people of Israel when the temple is gone? What will bind us together? What will give us identity? Where will we find God? What will become of us?

But Jesus isn’t just talking about the temple. In a few days, he will be betrayed, arrested, tortured, and crucified. Not one stone of his life, not one stone in the lives of those who followed him so faithfully will be left upon another. I am quite certain that this is on the back of the disciples’ minds as well as Jesus is talking about destruction. After all, Jesus announced his betrayal and death to his followers three times. The end is near. Oh no, Jesus! What will bind us together once you are gone? What will give us identity? Where will we find God? What will become of us?

Endings make us uneasy. I know that many among you are sad, disappointed, and even anxious, as our journey together will come to an end by the end of the year. What will happen to this community of faith? Who will be the new pastor? Will we be able to keep the doors of this church open?

It is only one chapter in the book of St. Matthew’s that will come to an end. And every end leads to a new beginning. A new chapter will be written.

When the first temple of Solomon in Jerusalem was destroyed by the Babylonians and the people of Judah led into exile, they made a concerted effort to write down their stories, their songs, their prayers to keep the memory of their lives with God and their memory of their homeland alive. From that point on, the presence of God wasn’t just experienced in the temple, but through the sharing of those stories, prayers and songs in fellowship, joint worship, and the sharing of meals in the home. The Jewish people, who were dispersed again and again during history, created a new sense of identity – and identity that wasn’t so much centered on the temple anymore, but in God’s word and tradition. And what a strong identity it has been! It helped the Jewish people survive through all turmoil and in many places.

Jesus was crucified, and his time with his disciples roaming the Judean and Galilean countryside came to an abrupt and traumatic end. But Jesus rose again on the third day. And the disciples were able, with the help of the Holy Spirit, to build a new community based on their experience with the Jesus and then the risen Christ and share the good news of a new life for all creation with the world beyond Jerusalem.

We experience the cyclical nature of time – every year, when we see life come to rest during wintertime and see it re-emerge with vigor in the spring (or in our parts, life re-emerges after the long months of drought, when the rains fall once more). We go through manifold endings as we walk through life – and, so far, have always come out on the other side, dealing with the loss of the old and eventually embracing that new thing that followed.

We are people of faith who believe in the resurrection and a new life. May you remember this as my time as pastor here at St. Matthew’s comes to an end. May we remember this in this church season that talks so much about endings and the deconstruction of all that is well-known to us.  May we remember this whenever we feel that the world around is falling apart, when no stone in our lives is left upon the other – God is still there and will be, forevermore, and promises us to make all things new. Amen 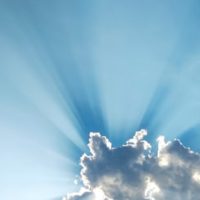 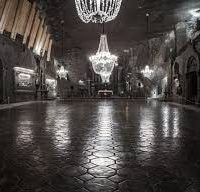