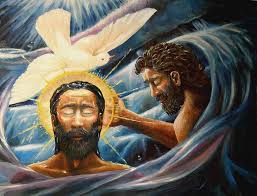 As my husband Fred and I were travelling through various National Parks in the American Southwest this past spring, we also visited Bryce Canyon. The landscape is truly breathtaking. However, Fred is also very interested in Native American culture, and likes to hunt for petroglyphs – drawings or etchings on open rock surfaces the natives made over the course of many centuries. Because petroglyphs are often defaced by vandals, the location of many such sites is kept a secret.

Now somehow Fred found out about petroglyphs in Bryce Canyon, which are not advertised as a feature of the park (for above mentioned reasons). He found some very elaborate directions on the internet, and so we went on our hunt – parked the car in an obscure spot along the road, and clambered down a cliff, through a culvert, and then walking in a dry creek bed at the bottom of a small steep canyon.

As we were doing all that, it started raining heavily. We were prepared, we had checked the weather forecast, we had our rain gear on, no worries. As we came to the end of the canyon after about half a mile, we noticed that the rain had formed a small waterfall, going down into the canyon where we were scrambling. By the time we discovered it, the waterfall had already created a small pool at the bottom of the canyon.

We still hadn’t found those elusive petroglyphs, so I stayed back and let Fred scamper around some more. As I was standing there, all of a sudden the following question hit me: where is all the water going that is pouring down the rock face? I looked at the pool at the bottom of the canyon and realized that it was starting to fill the dried out creek bed that we had walked through.

And I was thinking: doesn’t the park website warn people of the possibility of flashfloods? And, by the way, flashfloods are extremely dangerous and kill several people every year. Needless to say, I got nervous and called for Fred. When he appeared after what seemed like an eternity – and, by the way, he hadn’t found the petroglyphs – I just said, we gotta get out of here, fast. Fred, of course, tried to protest: ‘But we haven’t found the petroglyphs yet.’ ‘I don’t care, let’s get out, this is serious!’

So we went back down to the creek bed that wasn’t so dry anymore, got our feet wet, and started to go back the way we had come from – the creek bed fortunately was still dry for the most part, but as we were walking fast and looked back once in a while, we could see how the water was playing catch-up with us.

Then Fred spotted a path we hadn’t discovered before. Maybe that’s where the petroglyphs are! So he went up that path, while I was nervously eying the rising waters. Lo and behold, Fred had found the petroglyphs. So I also went and took a look at them, but urged Fred, we gotta get out of here, you took 20 pictures, isn’t that enough?

Fred took a few more pictures from a different angle and then, hesitantly, followed me back to the creek that was coming to life quickly. By now the water had almost outpaced us, so we hurried back, through the culvert, up the cliff, back to the car. And as we were looking back down, we could see how all of a sudden a much more massive wall of water came crushing through the culvert, filling the creek bed. That was a close one!

This experience reminded me, reminded us, of the destructive forces of water. Water is life, yes, but it also has the potential and the power to bring death.

You may know the yin and yang symbol from ancient Chinese philosophy, which expresses the belief that nothing is entirely good or entirely bad – that there is a dualism in everything we encounter. This definitely applies to water – life giving and refreshing, but at the same time with the potential to destroy.

We have this ambivalence about water in baptism as well. Today, with the little amount of water we use in our baptismal tradition, we may think that the baptismal waters are harmless –we may think of the cleansing and refreshing qualities of water. But baptism didn’t always look that domesticated – and you may know that, in some Christian traditions, full immersion, dunking, sometimes in open waters like a river, a lake, or an ocean, is still practiced today.

As John baptized people in the Jordan River, he most likely didn’t just pour a little water over their heads, as some depictions suggest, but immersed them – and today’s gospel, that talks about ‘Jesus coming up from the water’ would suggest that, too. And that must have been a scary thing for many – people in general didn’t know how to swim, and to give up control and be dunked by some crazy looking guy in the fast moving waters of the river probably wasn’t the most comfortable or comforting experience. People literally put their lives – their old lives – into John’s hands and into God’s hands. Something more intense than just a cleansing was going on there, it was a brief descend to death – and the reentrance into life, a new life, as they rose to the surface again.

People sometimes ask, why did Jesus have to be baptized? He was sinless, after all, he didn’t need the washing away of sin. But if you look at Jesus’ life story, his baptism by John in the River Jordan makes sense – for about 30 years, Jesus lived a fairly unremarkable life as a builder in the boondocks of Galilee. As Jesus is baptized, his old life is destroyed, and he begins a radically new chapter. The heavens are opened, God appears in the form of a dove and declares Jesus to be his beloved son. And at this point, Jesus begins his ministry that leads him to the poor and the sick, the marginalized and the self-righteous, in short, to all those who are lost, and eventually to the cross. It doesn’t get more radical than that.

Our baptism today still signifies the yin and yang of water – yes, refreshing and life-giving, but at the same time destructive. In baptism, the old is destroyed so that there can be a new start, new life – Martin Luther even talks quite drastically about the ‘drowning of the old sinful Adam’ – so that we might rise with and live in Christ.

Singer-songwriter Sam Phillips captures this ambivalence of baptism in her song ‘Below surface’ quite beautifully and in a lyrical way. She writes, ‘Water rising up against my door – I’ve been waiting for Noah’s God to destroy my world so I can find life. I’m below surface. I’m below surface.’

It may be a little difficult to understand what has to be destroyed when we baptize a baby or a young child. That’s where the notion of original sin comes in, that just gets passed on from generation to generation. I don’t want to get into that right now. It’s easier to understand that the old existence is destroyed when an older person is baptized.

But in any case, the story continues after baptism. Martin Luther made it his practice to remember his baptism every morning when he woke up – just to remind himself that the old and maybe not so great stuff in our lives can be left behind, left in God’s merciful hands, and a new start is possible- each and every day, we are resurrected.

That’s why Catholic and also many Lutheran churches in this country have these little basins with water as you enter the sanctuary – as a very sensual reminder of our baptism and the chance for a new and fresh start God gives us every day.

That’s why I like to have one Sunday a year as a time for all of us to remember our baptism. We mess up. We make mistakes. We do things we are not proud of and that cause us guilt. We can put all this in God’s hands, ask for forgiveness, and start over new. 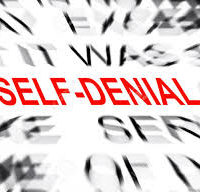