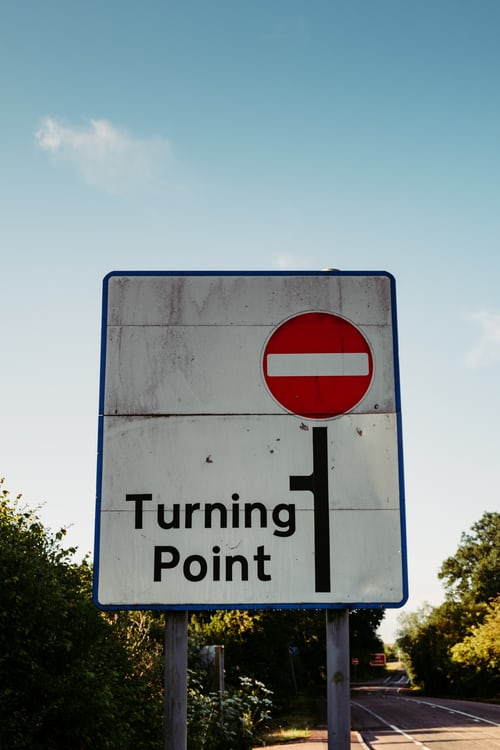 The end is near!

This is not necessarily a message we expect or want to hear during this time of year. The world around us is already in full Christmas holiday mode. Santa, Rudolph, and Frosty have begun their perennial rule.

Now as people of the church we might know that this is the season of Advent, during which we prepare for the coming of Christ, and not some kind of Christmas pre-season. But the continued talk about the end of the world (this is the third Sunday in a row our gospel lessons talk about endings), seems a little out of place even for us. Isn’t Advent the beginning of the new church year? Isn’t Advent a season of hope? Why did today’s gospel lesson (in which Jesus talks quite clearly about the end of the world) make it into our lectionary cycle? What do we do with this message that tends to make us uneasy or even feels threatening as we are preparing to welcome Christ as the babe in a manger and it’s all about festiveness and coziness and cheer?

But have you ever thought about why most of us tend to feel uneasy when we hear about the end of the world – and why Hollywood sees the final apocalypse as something to exploit in countless dystopian action movies?

If we feel uneasy at all, that is – it seems to me that there are many, even Christians, who don’t buy that whole ‘end of the world thing’, well, at least not in the foreseeable future.

The end is near.

Many prophets throughout the ages (many of them self-appointed) shared this message with the world around them. Mysterious appearances in the skies, natural disasters, plagues, and threatening political situations, like revolts and war were believed to be the signs of the end times – as Jesus said they would be. Sounds like we are in the end times right now.

Well, so far, we are still here. All those predictions throughout the ages haven’t become true – at least not in the sense that the entire world came to an end. And so we may shrug our shoulders and pay little attention when someone proclaims the end of the world in our days. There are just too many who have cried wolf before. How could we take such predictions seriously anymore?

Even though we hear Jesus say that the end will come at some point, we’ve become desensitized to this message – or maybe we are just apocalypse fatigued.

But there are still those who warn about the end of the world – at least the world as we know it. A few weeks ago, there was yet another climate summit of the most powerful nations in this world, this time in Glasgow, Scotland. Politicians met and did their usual thing – acknowledge that the climate around the world indeed is changing, but then set some extremely vague goals with no measurable plans how to achieve them. At the same time we heard the voices of protestors, and of post-modern prophets: if we don’t make drastic changes, if we don’t turn around and seek new ways how to live in and with the environment, we as the human race are doomed – and will take many other life forms with us as we slowly destroy the space we can live in.

And, no, such predictions don’t come from some religious nuts, but from serious scientists who have studied human impact on the environment and carefully observed the drastic changes we have experienced just over the last few decades. But, alas, we’ve heard the message of the end of the world too many times. Maybe we feel a little uneasy, maybe our conscience is stirred and we feel a pang of guilt, maybe we make tiny adjustments to our lifestyle in order to conserve resources and pollute less – but overall, we continue with life as is – and in this part of the world, this means the pursuit of comfort and consumption (and I am guilty as charged).

And, quite ironically, as we are in this season of Advent, which is a season of repentance, of turn-around, and the reevaluation of our ways, we are bombarded with advertisements that entice us to pursue comfort and consumption as we approach the holidays – which, so we are led to believe, are only perfect when the tables are laden with food and presents under the tree are aplenty.

We don’t want to hear about endings. We don’t want to hear about making drastic changes. For the most part, we prefer a holly, jolly Christmas to the messages we hear during Advent – and, yes, these messages are urgent and tend to make us uncomfortable and uneasy. As they should. For, as we know, not all is well in this world. God’s kingdom for the most part seems very far away. And deep inside us we know that many a turn-round is necessary to live into God’s vision of a more just and loving world in which all life can thrive.

And so we need the season of Advent, and not just as a Christmas pre-season. We need Advent to be reminded that God calls us on new ways that lead to new life for all creation. Stay awake, Jesus says. Stay alert. Keep your senses sharp so that you notice when and whenever I enter your midst. For I am with you until the end of ages. Just pay attention.

Yes, the end is coming. But this end will lead to something new. Something better. Something that we can’t even imagine. That’s what we hope for. That’s why we call Advent the season of hope and anticipation.

Today, we lit the first candle on the Advent wreath, which is also called the Prophets’ Candle. Now we may think of the prophets, especially those of the Old Testament, as doomsayers, predicting a disastrous future because of God’s wrath. But if you read the prophets carefully, you will find that, firstly, the message of the prophets is more of a warning – if you don’t change your ways, bad things will happen (and just think of the Prophet Jonah, who is sent to Niniveh to proclaim God’s judgment – and the people turn around and are spared!). Secondly, there is always the promise of God restoring the relationship with God’s people and all of creation. In the end, there will be reconciliation. In the end, all will be well.

God makes all things new. Advent is a new beginning. A new year filled with God’s promises is ahead of us.

Rejoice! The beginning is near! 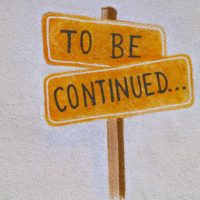 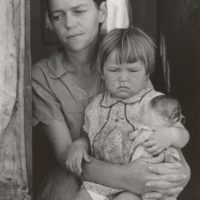 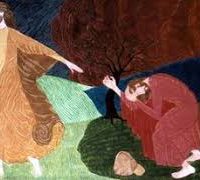 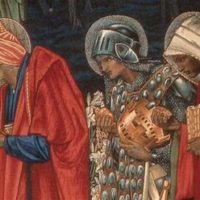