This year we had a great wildflower season here in the San Francisco Bay Area. Yes, there are wildflowers every year, but this year, they just sprang up with abandon, displaying their bright colors and their beauty over abundantly.

My husband and I are lucky that a trail up into the hills starts merely a block from our house, and so we are up there a lot. This spring, we were just blown away by all the blooming and flowering that was going on.

But the hills around where we live were not the only place to see wildflowers this spring. As we were visiting Point Reyes National Seashore at the end of April, there were myriads of wildflowers of all kinds.

To think that all this beauty is, in fact, wild. Nobody has planted the seeds. These flowers don’t even seem to have a discernable purpose, except maybe provide nourishment to bees and other insects and provide cover and shelter for small creatures. From a utilitarian human standpoint, wildflowers are not really of any value. They are rather an expression of God’s playfulness, artistry, and love of beauty for beauty’s sake. Does everything always need to have an expressive purpose? God apparently doesn’t think so. God simply delights in life in all its manifold diversity.

Now another plant that grew more abundantly than in other years around here was wild mustard. There was mustard as far as the eye could see up the hill from where we live. My husband and I felt a little bit like Dorothy and here companions in the ‘Wizard of Oz’, walking through vast fields of mustard that had gown as high as a person, about 6 feet.

And walking through this sea of mustard, I was reminded of the words of Jesus, ‘See the lilies of the field – how they grow. They neither toil nor spin, their existence is fleeting and they are thrown in the fire once they wither, yet even Solomon in all this glory was not dressed like any of them.’

But wild mustard around here is not a good sign. There was an article in the Los Angeles Times a couple of years ago, talking about the dangers of mustard, or more specifically, the genus ‘Brassira Negra’, or ‘Black Mustard’.

Mustard is a non-native, invasive species. And now let me quote from said article in the Los Angeles Times*: “The tough plant germinates early in winter before native plants have taken hold, shoots up more than 6 feet tall, hogs the sunlight with its thick stalks and lays down a deep system of roots that beats out native plants for water.

The weeds tend to dry up by July or August, and along with invasive European grasses they serve as kindling during Southern California’s long wildfire season, according to experts. Mustard plants lay down thousands of seeds and are one of the first plants to spring up after a fire.”

In other words, mustard around here is a pest that better be eradicated in its early stages.

The ancient people of the Near East already knew that. For them, even the mention of mustard would have caused alarm. Simply for the reason that mustard is a pesky plant that tends to take over. Mustard doesn’t tolerate competition – this is something the Los Angeles Times article pointed out, and this is something  you can plainly see whenever you encounter mustard out in nature. According to Jewish law mustard was an ‘unclean’ plant, a weed that had to be extinguished before it could spread.

And nothing was further from the minds of people in Jesus’ days than the idea of mustard as the tree of life that Jesus describes in today’s gospel story. Although one can figure that a mustard field indeed is home and shelter to all kinds of animal life. The tree of life? Rather a weed that impedes our well-planned and planted plots, something that even poses a danger.

Jesus mentioning mustard as an example for God’s kingdom was scandalous. And that shouldn’t surprise is, since Jesus’ words and deeds, and even Jesus himself are described in the New Testament by the Greek word ‘skandalon’ – which literally means ‘stumbling block’.

‘The kingdom of God is like a mustard seed, which is the smallest among all seeds…’

When Jesus is talking about the mustard seed as the smallest seed, he doesn’t refer to its size, but rather its reputation: it’s considered worthless, the lowest of the low. And the kingdom of God is like that?

Well, what these words of Jesus could mean is that God’s kingdom grows among us, often unseen, unacknowledged, maybe even despised and rejected. For we tend to see what we want to see, and if something doesn’t align with our values and the way we see the world, our first impulse is to dismiss it. Love, forgiveness, grace, benevolence toward all God created, repentance, reconciliation – all these things Jesus mentions over and over as signs of God’s kingdom and even commands us to do – do we truly appreciate them and practice them? How often do ignore  these things and replace them with values that we may call Christian, but which, at closer inspection, have very little to do with the teachings of Jesus Christ?

And yet, just like that pesky mustard seed, God’s kingdom germinates and grows and takes over. That may scare us, or at least make us uncomfortable: here we are with our well laid plans and ideas, and God just swoops in and sows wild seeds all among them. It’s out of our control. And fully in line with what we heard Jesus say a couple of weeks ago, ‘God’s Spirit blows where it wills, and you do not know where it’s coming from or where it’s going’. Now is there anything scarier than an unpredictable and almighty God, a God whose love is wider and broader and deeper than we can imagine, a God who, over and over, becomes a scandalous stumbling block for us?

There is a reason why the Bible over and over talks about the ‘fear of God’ – yes, God is to be feared, because God is uncontrollable. God cannot be manipulated to fit into the neat and rather small boxes of our understanding of the world. No matter, how much we slash and burn and use weed killers of the nastiest sort – the mustard grows. God’s kingdom takes over. It cannot be destroyed. God’s life breaks through, again and again, stubbornly, with wild abandon.

Now this may make us uncomfortable or even scare us, but it is also our only hope. We see where all the well laid-out plans and understanding of God’s creation as a resource to simply be exploited for humanity’s sake has led us: to the brink of death. All our intellect, all our strategies may give some of us pleasure and satisfaction for a brief moment, maybe even the illusion that we can solve the problems of the world– but they cannot save us. What we need is trust in God, trust that, in the end, God’s will be done. 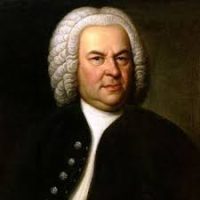 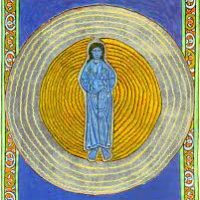