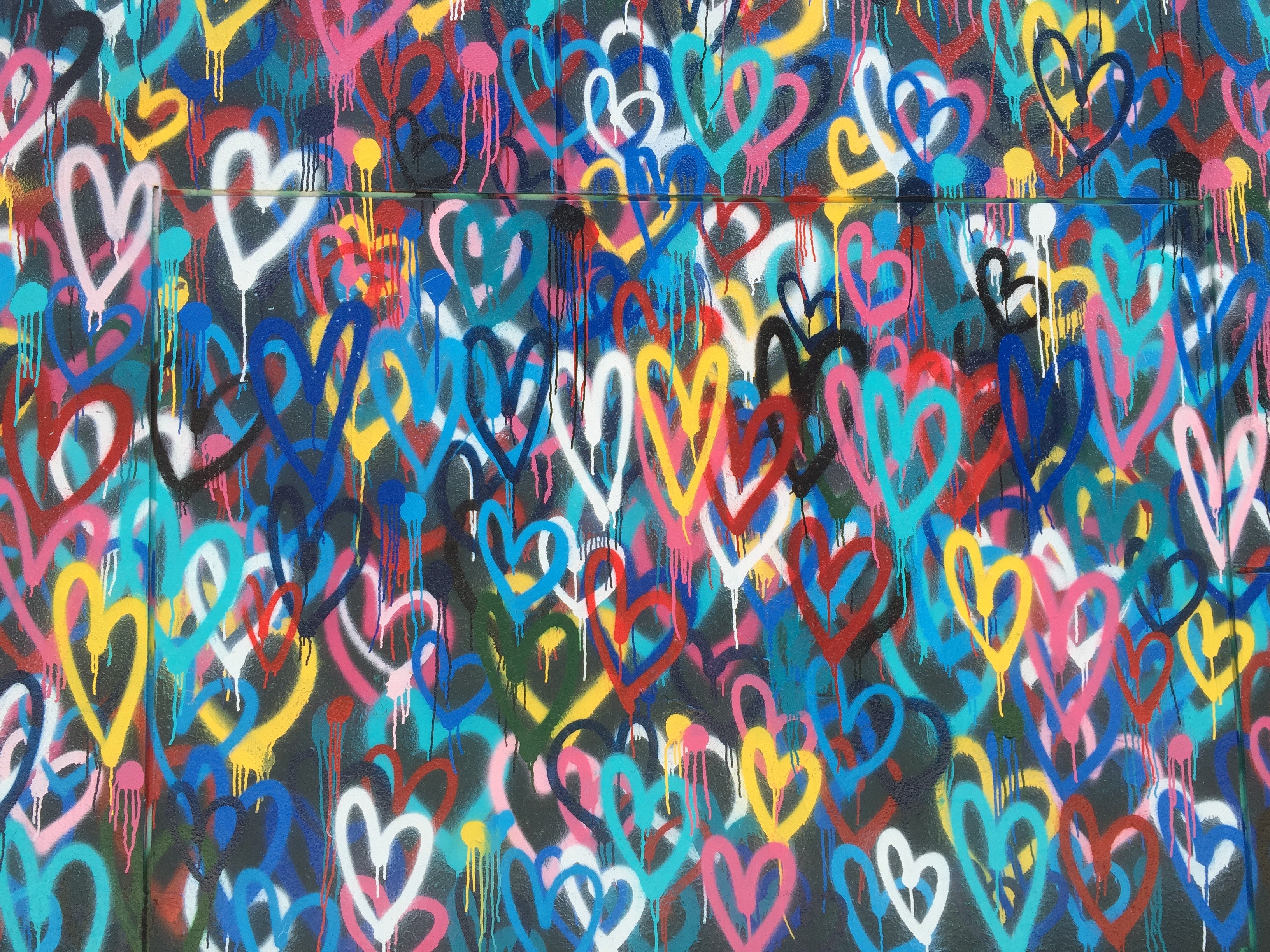 Years ago, I served as an associate pastor in Saratoga in the South Bay. One Sunday, the Scripture lessons assigned for that day were all about love; God’s love, and Christ’s command to love our neighbor as ourselves. And guess what I preached about that Sunday: love, of course.

As I was shaking hands with the worshipers after the service, one lady, who in general was quite critical of me, said, ‘Well, I travel a lot, and I go to many worship services – Presbyterian, Methodist, Episcopalian. And everywhere I go, it’s always about love, love, love. And then I come back here, and hear it again from you: love.’  And it sounded as if she were disgusted by it.

How could I respond to that? Well, the Holy Spirit assisted me in that moment, thanks be to God. I shook her hand, smiled, and said, ‘That’s wonderful! Isn’t it great that, despite all the differences between the churches, we can agree that love is an important part of our faith?’

The Bible is full of it. The noun ‘love’ alone appears about 320 times in the Holy Scriptures – in today’s lesson from Paul’s first letter to the Corinthians alone, you know, the passage that is a perennial favorite at weddings – love is patient, love is kind, love doesn’t puff itself up, and so on – love is referred to 12 times. Love is one of the central themes of God’s relationship with humanity – and one of the central themes of Christian life.

Now I understand that love can be misunderstood. We live in a time and a society where the word love is used very liberally, often to describe our relationship to stuff, to things. I love my car, I love your haircut, I love that wine. In that sense, love can be seen as something superficial, as a cheap commodity – easy come, easy go.

Then, of course, we tend to have a very romanticized idea about love. Right now, as we are approaching Valentine’s Day, we are surrounded by this sugar sweet promise of love and romance that can be cemented by an overpriced dinner or bought with a diamond everywhere.

Love between two people is often seen as something that comes naturally – we fall in love, right, and falling is easy, it just takes some gravity – love is a feeling, love makes us fly and float eternally on cloud nine. And, yes, I am sounding a little snarky right now, but don’t get me wrong, I’ve been in that place, I’ve lived through times when love made me blissfully blind. It’s a great feeling.

But then usually comes a moment when this feeling wears off – when first problems arise, when two people have their first misunderstanding, when everyday life creeps into that bubble of bliss and absolute infatuation with the other. Now what?

Many couples break up once they reach that point. This kind of love has its limits. Once more, love is experienced as something superficial, a cheap commodity. Easy come, easy go.

And I can understand that people become disillusioned and maybe even bitter and cynical after experiencing that kind of superficial sensation we like to call love. Don’t talk to me about love, don’t preach to me about love! I’m tired of the notion that, with just a little bit of love, the world will be changed, we are all going to live happily ever after. Give me something more.

Well, love in the biblical sense already is so much more than what we usually call love. 1 Corinthians 13, the lesson we heard today, shows just that. Here the Apostle Paul has urgent words for the congregation that go way beyond giving a couple about to be married some good advice for their life together.

But let’s backtrack just a little. You may know that Paul was one of the first missionaries to travel to Europe. He helped establish several congregations on the Greek peninsula, among them the congregation in Corinth, which at that time was a bustling metropolis. Its port was one of the major trading hubs in the area.

And here, in this city that is anything but homogeneous, Paul somehow manages to plant a congregation, with which he stays for about one and a half years before moving on. And it is a congregation where rich and poor, men and women, the mighty and the powerless alike are gathered as brothers and sisters in Christ. It’s somewhat of a miracle that Paul was able to pull that off.

But then Paul leaves, and things go south quickly. Where Paul strove for unity among the converts to Christ, there soon is division over a multitude of issues – which is not that surprising in a diverse setting like Corinth, where basically anything goes.

So some of the issues are cultural – how do we live as Christians in such a diverse environment?

But most issues Paul addresses are related to the gap between rich and poor, the powerful and the powerless; these are issues that crept in from the society that surrounded the initially egalitarian group of believers. It becomes about power plays.

Last Sunday, we heard a lesson from the previous chapter of 1 Corinthians about spiritual gifts and the body of Christ, where every body part is equally important. Paul is not just theorizing here, but he responds to very concrete grievances – apparently there are those who determined that certain gifts and functions in the congregation are more honorable and valuable than others – and that, consequently, certain people are more honorable and valuable and important than others. Paul is angered that apparently a new elite has formed in the congregation, powerful and wealthy people who run the show, disregard the poorer members, and even exclude them from the Lord’s Supper – which, if we read what Paul writes about it, has turned into lavish dinner parties with lots of booze for the upper congregational crust.

Needless to say, this is not was Paul envisioned, this is not what Jesus Christ envisioned. And Paul’s words about love have to be seen in this context. His letter is an urgent appeal for unity within the congregation – and for a new order among the followers, in which all differences don’t count anymore and all serve God – and serve one another – according to the gifts the Holy Spirit has given them.

And love, the kind of self-sacrificing love Christ himself modeled through his life and death, is at the center of it all. Love is patient; love is kind; love is not envious or boastful or arrogant or rude. It does not insist on its own way; it is not irritable or resentful; it does not rejoice in wrongdoing, but rejoices in the truth. It bears all things, believes all things, hopes all things, endures all things. Love never ends.

This love – the love God has for each and every one of us, the love we are called to practice among all our neighbors in this world – is a far cry from being superficial and a cheap commodity that comes and goes easily.

This is the love that is hard work and difficult, even for God – just think about God’s ultimate sacrifice to show this love: the death of Christ on the cross. This love is anything but easy.

This love is hard work and difficult for human beings – because it always was and still is so countercultural. We live in a day and age and society where people pride themselves of being rude and ‘telling it like it is’ at the expense of others, often weaker ones; where people strive for instant gratification at the cost of the poor and vulnerable ones in this world – and at the cost of the environment. Where twitter wars rage. Where people gleefully tear down the other in order to present themselves in a better light. Where people dig in their heels to get what they want, at all costs. Where there are winners and losers, and if you are a loser, well, too bad for you. If we are honest, we live in a pretty darn loveless time and place.

And so Paul’s words about love – the difficult, deep and eternal kind of love – still are an urgent appeal calling out to us through time and space. Sisters and brothers, it is our difficult task today to love. To be patient. To be kind. To resist arrogance, envy and pride. To not selfishly insist on our ways. To rejoice in truth. To bear all kinds of things, to believe and to hope all things. To love stubbornly in protest against all the forces of hatred, indifference and callousness in this world.

May God give us the strength to practice this love with the gifts of the Spirit we all have been given in this world God so loves that he gave his only son.