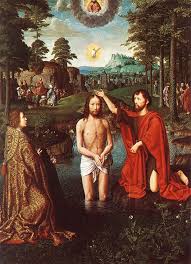 And so we’ve entered a new year. Did you celebrate or at least stay up until midnight this past Sunday? Did you watch the ball drop in New York City or admire some fireworks? Did you do the countdown, pop the champagne, kiss someone and sing ‘Auld Lang Syne’?

I read an interesting comment somewhere on the ritual of celebrating the arrival of a new year. The author mused why we as a human race make such a fuss about that second the clock strikes midnight, and we (rather randomly, if you think about it) determine that this marks a new year. This earth has rounded the sun for about 4.5 billion years, give or take a few hundred million years. Why do we mark the passing of this comparatively tiny sliver of time, one more trip around the sun? After all, it is not as if things all of a sudden would change in the large scope.

But, the author noted, it must have something to do with hope. We as human beings hope that, as we enter a new year, there are new chances, new opportunities, that somehow a fresh start is possible. And we see this hope very clearly in all the New Year’s resolutions that are made.

It seems we need a break in time once in a while. A reminder that things don’t have to be as they’ve always been, but that they can change. That we can change. Nobody can really alter the overall story of our lives, but at least we can write a new chapter. And that’s why we observe and celebrate New Year’s and wish each other a ‘happy New Year’. We need a ritual to leave the old behind and welcome the new, whatever it may be.

I think it’s quite fitting that the baptism of Jesus Christ is observed pretty much at the beginning of the new year, the first Sunday after the Epiphany on January 6th, to be exact. On our liturgical calendar, we move rather quickly from the birth of Christ to stories around his infancy and the visit of the magi to Jesus’ adulthood. Two weeks ago, Jesus was born, now he is already about 30 and being baptized in the Jordan by John. And many have wondered: why did Jesus need to be baptized? Wasn’t he the son of God, quite clearly, from the moment his birth was announced to Mary through the Angel Gabriel? What is the purpose of Jesus undergoing this ritual of repentance and renewal?

But then Jesus’ baptism marks a turning point in his life. Up to about the age of 30, Jesus was not in the public eye; according to tradition, he followed in the footsteps of Joseph, the man who raised him as a father, and was a carpenter, a builder, living a rather obscure live in a remote town in Galilee.

But now the time has come, and somehow it is time for Jesus to step out and preach and live the coming of the kingdom of God. And what better way to do this than to mark this turning point with the most human of all things, a ritual? A ritual that embodies repentance, in Greek ‘metanoia’, which literally means change of thoughts – we probably would rather say change of heart. A ritual that signifies renewal and the sending onto new and different ways.

And the voice from heaven announces it to the world: You are my son, my beloved; with you I am well pleased. My goodwill rests on you.

Is Jesus an entirely new person? Probably not. He is shaped by his human experience: his experience being part of a nation that is occupied and feels the oppression of the Roman Empire; his experience of just being a regular guy with an unsteady income and a most like very modest standard of living – all this influences his ministry, which first and foremost targets the poor, the powerless, the marginalized, the outsider. Throughout his ministry on earth, Jesus gives witness to God’s compassion for all those who are disowned, devalued and humiliated by the powers of this world. Jesus makes use of his experiences, and, empowered and encouraged by God’s Holy Spirit, now embodies good news for the poor: the kingdom of God has come near. Jesus is changed as he is the same he always was. His story continues, albeit with an entirely different chapter.

The Christian community made baptism one of its defining rituals. In the early days of the Christian church, adult baptism was the norm, since converts were instructed in Christian teaching first before they took the plunge. And, for you who are interested in church history, the first baptismal days in Christian tradition were Easter, with the time of Lent as a time for preparation, and a couple of hundred years later also the day of Epiphany, with the season of Advent as a time of fasting and preparation. Christmas wasn’t observed as a separate holy day until the 6th century.

Infants or young children would be baptized as part of a household, but not individually. And in those early days, adult baptism had something to do with purposeful conversion and the idea that, in baptism, there is a new start, a new chapter of one’s life. The ‘old Adam’ is drowned, as the Apostle Paul describes it quite graphically, as the new being in Christ is resurrected. Often, someone who was baptized also would be given a new name, the name of a biblical figure or an early saint, a name that reflected the new creation, the new birth in Christ.

Now I could go on an on about the history of baptism, but I don’t want to bore you. Let’s just say things have changed over the last 2 millennia. Instead, I would like to reflect on what baptism means for us today. Most of us probably were baptized as infants and don’t have any memory of that momentous event. We just know that our parents or other caretakers entrusted us to the care of God the day we were baptized, trusting that, no matter what life would bring, we’d be embraced by God’s love and acceptance. You are my child, my beloved, with whom I am well pleased. My goodwill rests on you. I will go with you through this life and beyond.

And since most of us did not consciously experience the newness of life in baptism, I think it is a good and important thing to remind ourselves of our baptism now and then. Martin Luther, according to his own testimony, did it every morning as he woke up. He would use this mantra, ‘I am baptized, I am baptized’, reminding himself of God’s promise to be with him through all the difficulties of life, that nothing could separate him from the love of God, and that every morning was a new day with new chances – a resurrection of sorts.

Now I’m not following Luther’s example, though I think it would be a good spiritual practice – maybe I should make this a resolution for this year – but I know that I need the reminder on occasion: I am baptized. I am a pretty privileged person with no material wants, but there are still times when I feel defeated, helpless, even desperate. There are days when I feel disowned, devalued and humiliated by the powers of this world. And if I feel that way, how much more must those people feel like it who face constant opposition and even oppression because of their gender, sexual orientation, their color of skin, their ethnicity, their immigration status, their religion?

As I said earlier, I think it’s only fitting that we observe the baptism of Christ as we begin a new year on our calendar. Because it reminds us of the opportunity to take a deep breath, search our heart if it doesn’t need changing, and start afresh and anew. And so I invite you now to remember your own baptism and to take courage in God’s promise to make everything new – not only at the strike of midnight on January first, but each and every day of your life. 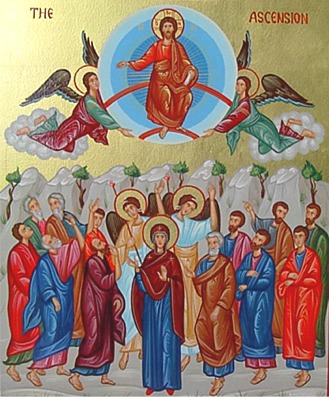 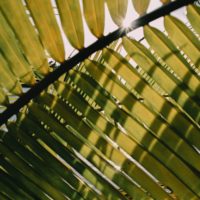 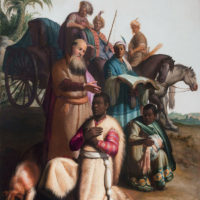